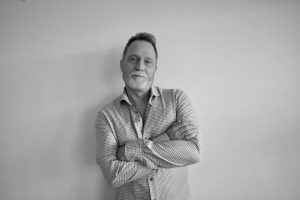 My story began sometime during the summer of 2017.  I had been experiencing lower back pain for a few months that nothing seem to relieve, but could, like anyone in their mid-forties, be attributed to any number of things.  Then, one Friday evening late that November, I felt an intense pain on my left side, just behind my lower ribs that dropped me to the floor.  The intense pain lasted only a few minutes, but things never felt normal after that.  I went to my GP the following Monday after being sent home from the ER that weekend with an all clear. He immediately sent me for bloodwork and an ultrasound of my gallbladder, suspecting I may have stones.

I knew something wasn’t right when the ultrasound technician asked me to roll onto my side so she could take a look at my kidneys.  She took an awful lot of pictures, and typed way too many notes for it to be a simple case of gallstones.  I was at my GP’s office at 7:30 the next morning to get the results, and the ultrasound showed 3 liver lesions and large masses on both adrenal glands.

The week before Christmas 2017, I had a biopsy done of the largest liver lesion, that to everyone’s surprise, confirmed melanoma.  I was terrified because all I knew about the disease was that it was deadly and I knew nothing about the new lifesaving immunotherapies.  Additional CT and MRI scans confirmed that the disease was very advanced and the tumor burden was intense, with many of them doubling in size since the initial ultrasound.  At one point, an oncologist said that it would be easier to list the areas not effected then to list what was.

The lower back pain began to intensify, but I had very little idea of what was going on.  My overall health was deteriorating quickly and I had started to plan for the worst.  On January 20, 2018, I had gone to bed in such pain that I could not sleep.  Just after 1:00 AM, I asked my fiancée to take me to the ER due to the intensity of the pain.  I remember walking into the ER and sitting at the triage desk when a nurse, named Grace, took one look at me and said “we need to get him to the back now”.  Next thing I remember, I am waking up on a gurney with 5 nurses trying to get my clothes off, checking my vitals and trying to start an IV. It wasn’t until I saw the saw the fear and sadness in my fiancée’s eyes that I put the situation into perspective.  It was at that point that I realized I was partially paralyzed from the waist down.  The paralysis was caused by tumor growth on my hips and pelvis that impeded both sciatic nerves simultaneously.

Things were so bad at this point, the ER doctors admitted my fiancée and put her in a bed beside me, thinking my journey was coming to an end.  They put me on steroids to reduce the inflammation, and within days I was receiving radiation treatment to my hips and pelvis to try to alleviate the pressure on my nerves.  Amazingly I was up and walking in just days, but it took a month for the full feeling to come back to my legs and groin.

Well, you guessed it, I supposedly contracted a staph infection during the week I was in the ER fighting to save my legs.  This was discovered by a blood test, but the location of the infection was never confirmed by either a transesophageal echocardiogram or a full body MRI.  But there was no taking chances, and high dose IV antibiotics started immediately.

My best guess is that just weeks before the melanoma took my life, I received my 1st combination does of the lifesaving immunotherapy Opdivo (nivolumab) + Yervoy (ipilimumab).  I would be the 1st person that my oncologist knew of who would be treated for a staph infection and be given Opdivo (nivolumab) + Yervoy (ipilimumab) simultaneously.  The 1st couple weeks were a struggle and I felt like I was literally fighting for my life.  My body could not regulate its own temperature, which fluctuated between 36.2°C and 38.8°C, and the cancer was eating a hole through my sternum which hurt so much I couldn’t sit up without being in excruciating pain.  I was covered from head to toe with the itchiest rash I have ever experienced.  I was very thankful to have my brother and father by my side to wake me up every 4 hours to take pain meds and Tylenol, cool me down with cold compresses when I was too hot, and yes, to empty my home made urinal because there was no way I was making it to the bathroom.

This year has been a challenging one with plenty of bumps along the way.  I have found dealing with the recurrence to be more mentally challenging than the original diagnosis.  When a successful treatment suddenly stops working, you cant help but panic, especially when the only other options are clinical trials or major surgeries.  In July 2022, I was accepted into a very promising trial run by a leading melanoma oncologist out of Princess Margaret Cancer Clinical Research Unit in Toronto.  The trial required participants to have two or more active tumours so one could be surgically harvested, sent to a lab in the USA where they rapidly reproduce the Tumour Infiltrating Lymphocytes (TIL), fly the cells back to Canada where they would be intravenously reintroduced into my body.  On August 30, 2022 I had my left adrenal gland and it’s 3 CM tumour surgically removed and sent to the newly set up lab in Texas.  The surgery was challenging due to previous radiation treatments, and although considered successful, the lab was unable to produce the cancer fighting lymphocytes.

Currently I am working with a surgical oncologist out of Vancouver who has agreed to remove my remaining adrenal gland along with its 9 CM tumour as long as there is no active disease elsewhere in my body.  She has referred me to an endocrinologist to educate me on what life may be like without functioning adrenals.  This option will only be considered as a last resort, but it seems that I am running out of other options.  I have a CT scan scheduled for February 2nd and the hope is that things have remained stable so I have time to wait for some of the new treatments or another trial to come available.

After sharing all this, I want everyone to know that my spirits are still high and am far from throwing in the towel. I will be participating in a 4th edition of A Viking’s Challenge this March 4th on Lake Winnipeg and challenge everyone else to lace up and get active to support Save Your Skin Foundation. I plan on being in Gimli for the weekend, but you can participate anywhere and any way.  I haven’t run since before my surgery and have no idea what I am capable of with my surgery related hernia, but I promise to give it my all!

Your ticket for the: Chris’ Story