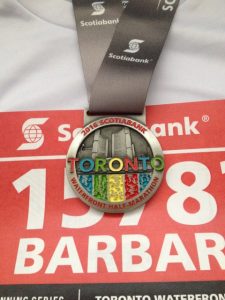 In February 1981, a Clark’s level II-III malignant melanoma was discovered on my right knee, which was excised widely. In August 1985, I noticed a small nodule just above the primary site. It was excised and was positive for malignant melanoma. In July 1986, a second recurrence in the same area was excised and was once again positive for melanoma. In November 1986, I developed a right groin node. It was excised and again proven recurrent disease. In that December, I had a CAT scan which showed internal and external iliac node involvement bilaterally and a right pelvic side wall mass. I started chemotherapy (DTIC combined with Tamoxifen) in February 1987 in Toronto, which ended on November 11, 1991. Yes: I was in treatment for almost five years. I started with Dr. Michael Baker at Toronto General Hospital and eventually we moved to Princess Margaret Hospital. To this day, I see Dr. Baker annually. Twenty six years after finishing chemotherapy, to what do I accredit my survival? So many things. When I was told that I had a 20% chance of survival just before starting chemotherapy, I told my oncologist that I would prove him wrong. I got involved in every aspect of my treatment and care, questioning everybody and everything. By doing so, I gained the respect of my oncologist and chemotherapy team. Now, I am thinking positively and setting goals.

Your ticket for the: Barbara’s Story